We often don’t stop and think about how the products we use in our day-to-day lives were made, or how the mechanic at the shop fixes our cars. But when you look at the more complete picture, compressed air serves as a thread through a whole lot of different applications. Let’s look at a few below.

Hospitals rely on compressed air for a variety of reasons, including general facility operation to patient care. Compressed air in this environment must be generated under strict standards to eliminate bacteria and germs that can contaminate patients and complicate procedures.

Compressed air in this environment is sometimes referred to as medical air. As technologies have improved, most hospitals have switched to an oil-less compressed air system, which prevents contaminants from leaking into the air. These systems can also prevent costly malfunctions.

Repair shops and body shops may rely on compressed air, but did you know that it’s possible to actually fuel a car that way, too? There is a company called Zero Pollution Motors that is fueling a car with compressed air. It’s expected to hit the US market in the second half of 2019, and is being billed as a solution to urban pollution levels.

The first air cars will be run with a built-in compressor. You’ll be able to plug in the compressor in your home garage. The compressor will use the air within the car to refill its tank. Right now, it’ll take up to two hours for a complete refill. Air refueling stations could pop up at area gas stations to make this more of a reality.

Compressed air is often used in paintball guns to send your ammunition flying across the field, toward your opponent. It offers a smoother performance than the alternative CO2 tanks, and is often easier on the gun’s internal components. It offers serious paintball players a viable alternative and a strong, consistent velocity.

Compressed air is used in air brakes, to stop roller coasters. It creates a friction along the metal plates of the roller coaster, stopping the cars. Compressed air can also be used to create a more realistic effect on some rides, to create the more natural effect of flying or falling through the air.

Compressed air plays a key role through several stages of the pharmaceutical process. The highest-standard air compressors are needed in order to avoid any product contamination. Compressed air is used to make sure there is no dust on pills, and to spray them. It can also be used in the product filling and packaging aspects, and to maintain the pressurization on mixing and holding tanks.

Oil-free applications are used here to avoid contamination of product.

As temperatures fluctuate, and our tires wear, sometimes they need to be filled with air. This would take far more effort than filling bicycle tires with a home pump. The tire pump at a gas station is actually a quick shot of compressed air that fills your tires.

Every detail is important when you are brewing craft beer. If you change the recipe and the routine even slightly, it can have a significant impact. A quality air compressor in the bottling process can make all the difference in the world. When there are more than 6,000 breweries operating in the U.S. it pays to understand the nuances of each step in the process, so that you can produce the highest-quality product.

There are so many products that we consume and services that we use in our day-to-day lives that involve compressed air. It serves as a safer alternative for power in high-risk environments. If you are looking to add compressed air to the mix for your business, contact us today! 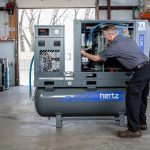 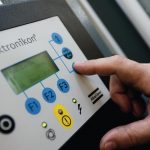 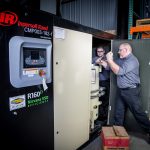 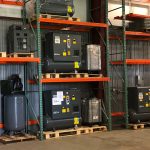 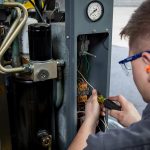 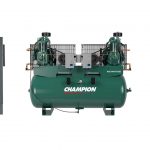 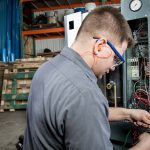